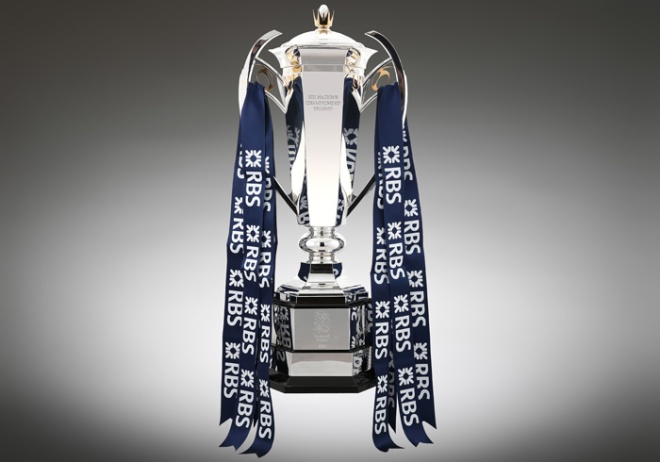 Ryle Nugent’s words have never been more appropriate as we go into one of the most exciting final weekends of the Six Nations in some time. Last year two teams remained in contention at this juncture, this year it’s three and if some abbhorently strange sequence of events were to unfold, four. It’s what it’s all about, it’s what we came for, let’s dive right in.

First up we have Wales V Italy kicking off at 12.30pm. For Wales to stand a chance at the title they will be required to beat they’re best ever winning margin over the Azzurri and put 21+ points on them. They will also have to do so without Samson Lee and Gethin Jenkins which is less than ideal given the Italians can scrum well when they need to. Crucially however Sergio Parisse’s Six Nations is over having picked up an injury in defeat to France last week.

This helps Wales immensely. It should never be said that one player is the making of breaking of a team but Parisse is when it comes to Italy, no question. Talismanic, inspirational and a damn fine rugby player – his absence will be felt. Can Wales deliver the required thumping to keep them in contention though? I don’t think so. As long as Italy can keep fifteen men on the pitch they should be able to rise to the occasion at home. Wales suffered in the scrum against an Irish scrum which is good, but not entirely spectacular. With inexperience creeping into their front row Italy may get an upper hand. And surely Wales must be exhausted, though last week was gruelling for both sides the Welsh put in a phenomenal amount of tackles. They’ll win well, but not well enough.
Wales by 15

Then comes the game the nation will be glued to. Can Joe Schmidt get this team to score tries? Or will Vern Cotter’s Scotland finally notch a win. It’s a rare year that Scotland go through the tournament winless, having only happened once in the last decade, and again they are playing good rugby with poor execution. Couple that with Murrayfield being anything but a happy hunting ground for Ireland through the years and things can start to look grim.

The addition to Luke Fitzgerald to the starting XV is the unquestionable focal point of the game from an Irish perspective, his addition clearly being with an aim to score tries. Schmidt has more than accurately noted that Simon Zebo is showing signs of the wear and tear that nine consecutive games will do to you but with Fitzgerald’s current form and physicality there can be no question that he will be called upon to help narrow the points difference. His try scoring record in green has been called into question this week but one could argue that he hasn’t started for Ireland under a proper coaching regime since 2009, a year in which he scored two crucial tries against Italy at a point in the game where Ireland were floundering.

Whether Ireland can win or not, with the greatest respect to Scotland, is not really I’m question. This is all about the style in which they do so. Given that they didn’t look down and out from the 1st to 80th minute against Wales you can rest assured they will go at this one with guns blazing. It’s not mission impossible but it is damn close though.
Ireland by 5

Finally proceedings will be brought to a close in Twickenham as France take on England in a venue that has been anything but kind to them historically. Les Bleus are having anything but a vintage Six Nations with losses to Ireland and Wales and less than convincing shows against Scotland and Italy. Irish fans will want them to right the ship tomorrow and do them a favour but everything in the ether suggests they can’t.

What is more likely is that England won’t take the pressure. They have become a whole new team under Stuart Lancaster, putting many of their trials and tribulations aside with strong consecutive championships, a victory over the All Blacks and decent Lions representation when you would have said they’d have none after the last World Cup. Mental strength seems to remain their Achille’s Heel however. Poor mental strength cost them the title in 2011 and again in 2013. Last year they let their heads drop inexplicably on the opening weekend against France and once again cost themselves the championship. I’m not saying they can’t, but under pressure for England to win this thing will require an effort on par with Wales setting a record and Ireland putting up a cricket score.

England will likely win, but a maze of numbers running through their heads on the pitch, should Wales and Ireland do what’s required, will likely mean this is just too close to call the championship.
England by….. 5?